Youth Sports Specialization - How Old is "Too Young"? 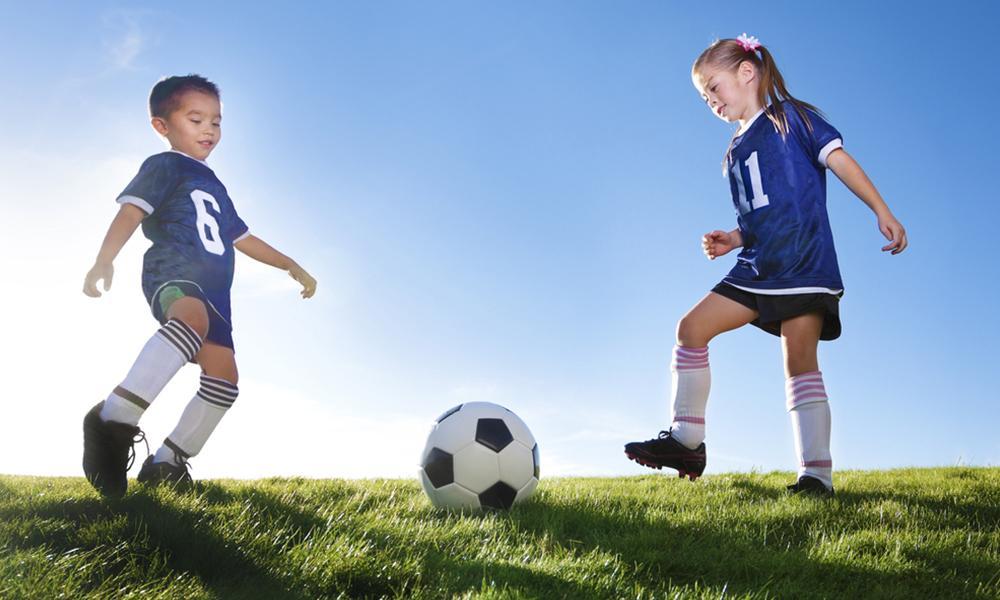 Parenting today has its own unique challenges, from keeping kids healthy in a time when “convenience food” is more readily available than ever before to keeping them safe on the Internet and active on the athletic field. These concerns and more are our modern-day crosses to bear.

Speaking of the athletic field, quart, rink, pitch or pool, we as sports medicine physicians are seeing an alarming rise in overuse injuries in younger athletes. In fact, we’ve begun treating young athletes for injuries typically seen in adults, and we’re also diagnosing injuries in these young kids that we previously only saw in professional athletes.

Over the past several years, there has been an ongoing debate about sports specialization of children at younger and younger ages. A study commissioned by the Sports and Fitness Industry Association, showed in 2015 there were more than 28.6 million children between the ages of 6 and 17 playing team sports. This was found to be an increase of almost 3 million over the previous 2 years. However, there was a decline of the average number of sports played in the same time period from 2.09 to 1.89. Unfortunately, despite the growing amount of research indicating early sports specialization is harmful to young athletes, this trend continues. Current research continues to show that it is better for young athletes and children to play multiple sports for a number of important reasons.

Playing a single sport leads to injuries. The primary culprit is overuse or repetitive motion injuries resulting from a single athletic motion being performed over and over again that is damaging to a young, skeletally immature, growing body. A perfect example is throwing a baseball. Repetitive throwing without adequate rest has been proven to lead to the near epidemic rise in injuries to the elbow ulnar collateral ligament at younger ages, necessitating to what is commonly referred to as “Tommy John Surgery.” This is an injury only previously seen in high level collegiate or professional players. Baseball is not the only sport affected and similar injuries to different joints, ligaments, muscles and tendons can occur in soccer, volleyball, softball and swimming, to name only a few.

Single sport specialization also leads to burnout at a young age. Sports are supposed to be fun, and when they become more competitive, time consuming, stressful and less enjoyable, a young athlete’s enthusiasm begins to wane and the less they want to participate.

Finally, becoming a one-sport athlete at a young age can potentially hinder physical and mental development which can lead to various muscular imbalances. Diversity of play has been shown to enhance an athlete's overall understanding of all sports.

Many parents believe that if their young athlete does not specialize in one sport and compete on elite club and travel teams year-round, they will be at a significant disadvantage to potentially obtain a college scholarship. Although this is a topic for another discussion, what drives parents in pushing their kids harder and harder comes down to economics. With respect to the numbers, this perspective is simply unrealistic. In the United States, of the 37 million kids that participate in youth sports, less than 22% will participate in in high school. Of the 8 million that are lucky or skilled enough to play high school sports, less that 2% will will play Division 1 collegiate sports or receive scholarship money. Less than 0.08% of those same high school athletes will go on to play professional sports.

Although a handful of collegiate coaches believe focusing on one sport at an early age will help the athlete learn better skills in that one sport, multi-sport athletes have been found to exhibit better strength, coordination, speed and agility and overall fitness. The American Journal of Sports Sciences published a study in 2013 concluding that athletes who played 3 sports were significantly more likely to compete at an elite national level than athletes who specialized in one. In 2013, another study published by the American Society for Sports Medicine reported that 88% of surveyed collegiate athletes played more than one sport as a child.

Kids playing sports is awesome. Please don’t mistake our concern here for recommendations of prohibition. In a time when America is still deeply embattled in an obesity crisis, active children who become active adults is an absolute recipe for health success and we applaud it – at every level, in every sport. But what we’re talking about here is different. This is about our kids’ focus being narrowed to a single sport and hours upon hours of training in that sport. When parents and coaches see young talent emerge in a child, the propensity can be toward pushing the young athlete to practice it to perfection. The problem is when it stops being fun and becomes a job, many kids get hurt, become disinterested and drop out of sports all together.

The first step in reversing any potentially negative health trend is education – trying to help parents and coaches understand the very real risk of pushing a child into a single sport, year-round. The next is helping create policy for organized youth sports organizations and ensure they adhere to guidelines that protect the bodies and the minds of young athletes. We’re making great strides in both areas. From Major League Baseball’s “Pitch Smart” program, as an example, which puts pitch count limits on young ball players dependent on their age, to concussion protocol training for coaches of youth football and soccer, we are getting there, and by working together we can cross the finish line.

There are also ways you can help as a parent. After all, you are your child’s biggest cheerleader and most vocal advocate. Instead of playing one sport year-round, have your child take a 2 to 3-month break from any sport and encourage them to explore a different one. Perhaps it’s baseball in the spring and soccer in the fall, or basketball in the fall and swimming in the spring. Whichever sport is chosen, this break and participation in another activity can actually expand the young athlete’s physical skills while simultaneously protecting them from overuse injury and possibly relieving some of the feelings of monotony or burnout that may arise with a focus on a singular sport, day in and day out.

It is important to note here that prohibiting sports specialization in children isn’t a blanket recommendation. It is generally held among orthopedic and sports medicine specialists that it’s a consideration that should, in most cases, be delayed until after puberty (around 16 years old). This helps to minimize the injury risks and can also correlate to a higher likelihood of a young athlete’s sports success. As always, the primary focus for kids playing sports is to have fun, exercise their bodies, and to learn some great self-awareness and team-building skills along the way. If you’re a parent of a young athlete who can check all of those boxes, that’s a job well done! 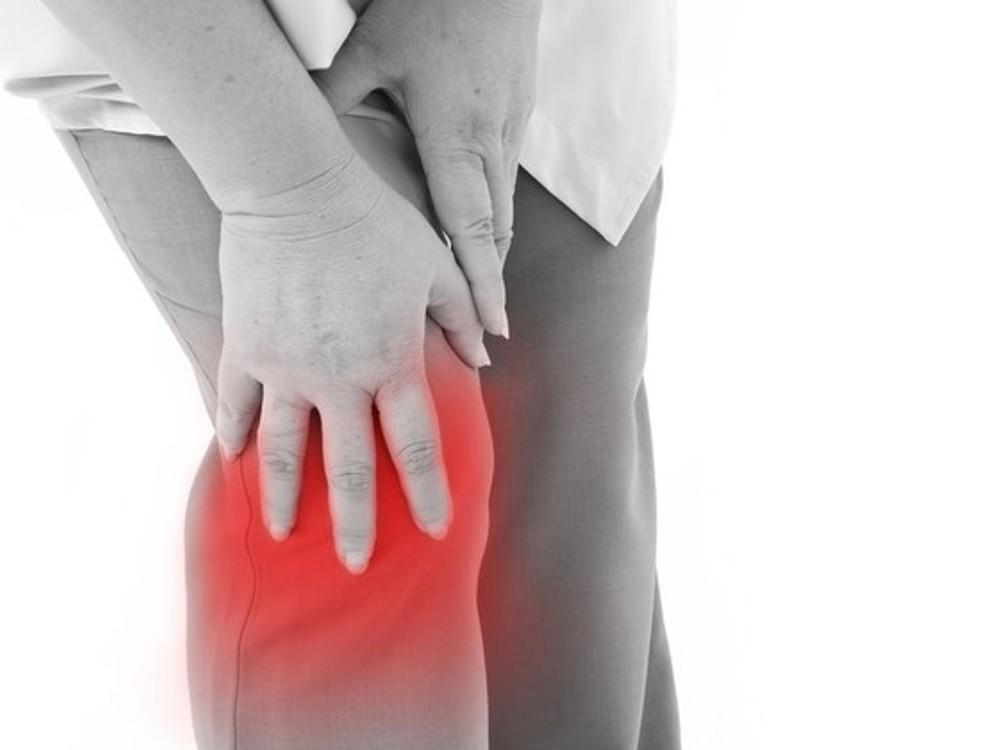 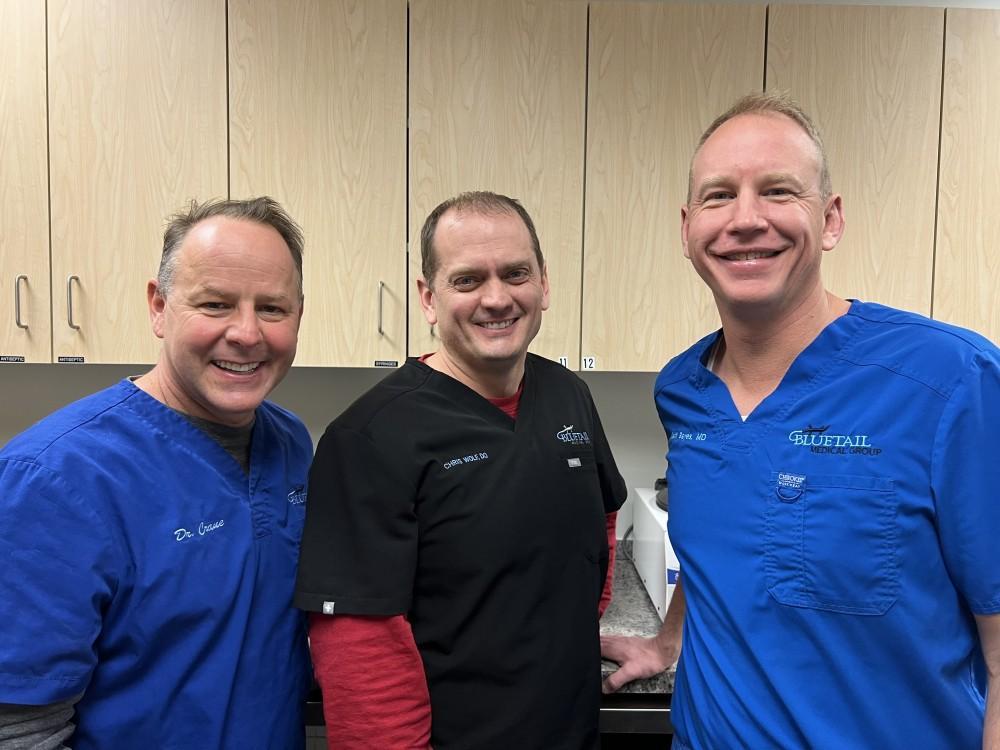 Bluetail Medical Group Emerges as the Standard for Orthobiologic Medicine 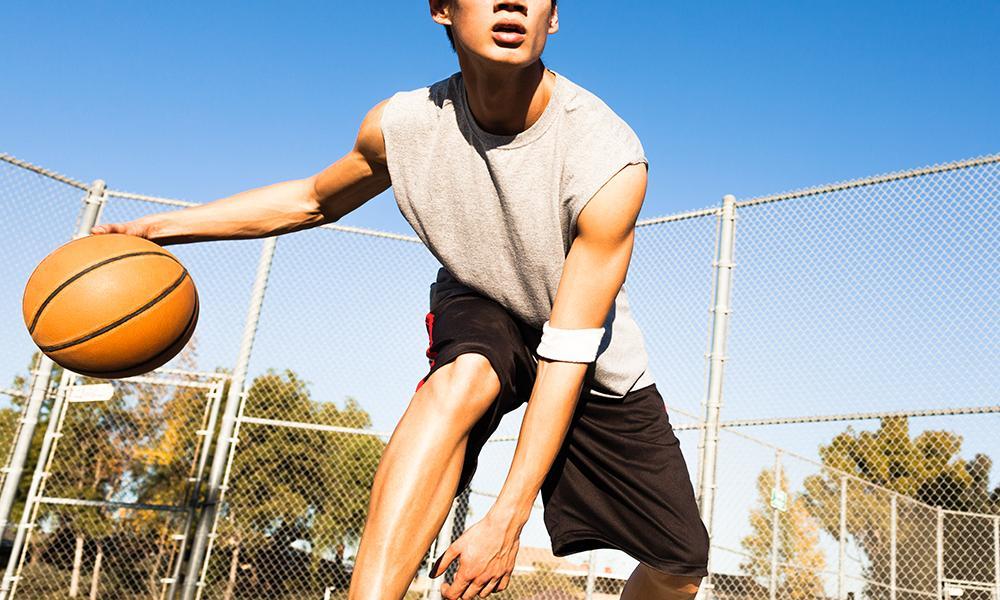 In our practice at Bluetail Medical Group, we frequently have the privilege of caring for a wide array of athlete types. Their activity of choice may differ, but there are some innate truths to these types of patients. 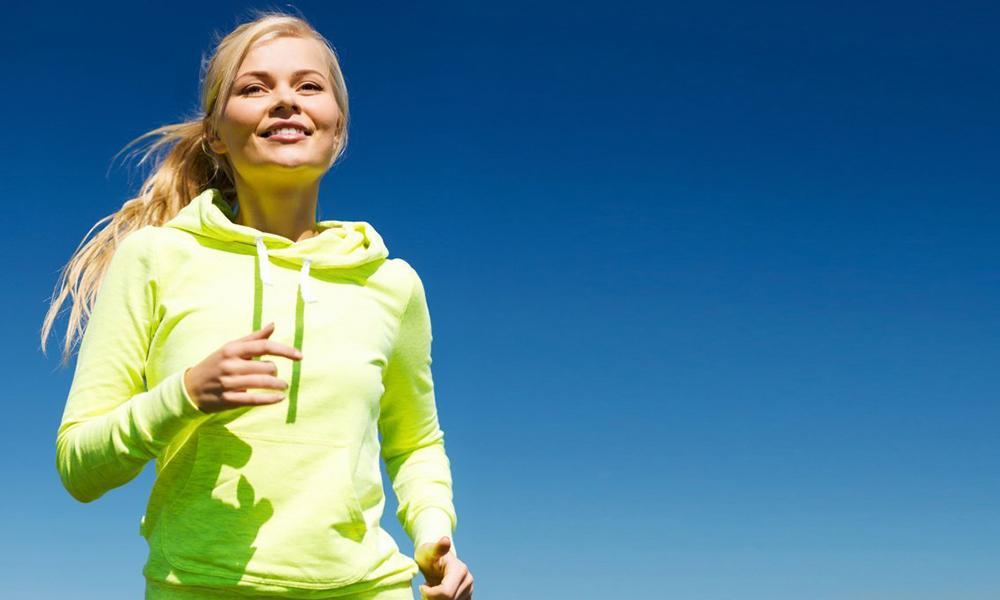 When is it Bad to Run with Pain?

You’ve likely seen it in many a televised marathon – a runner grimacing, hobbling and possibly collapsing as they cross the finish line of a race. 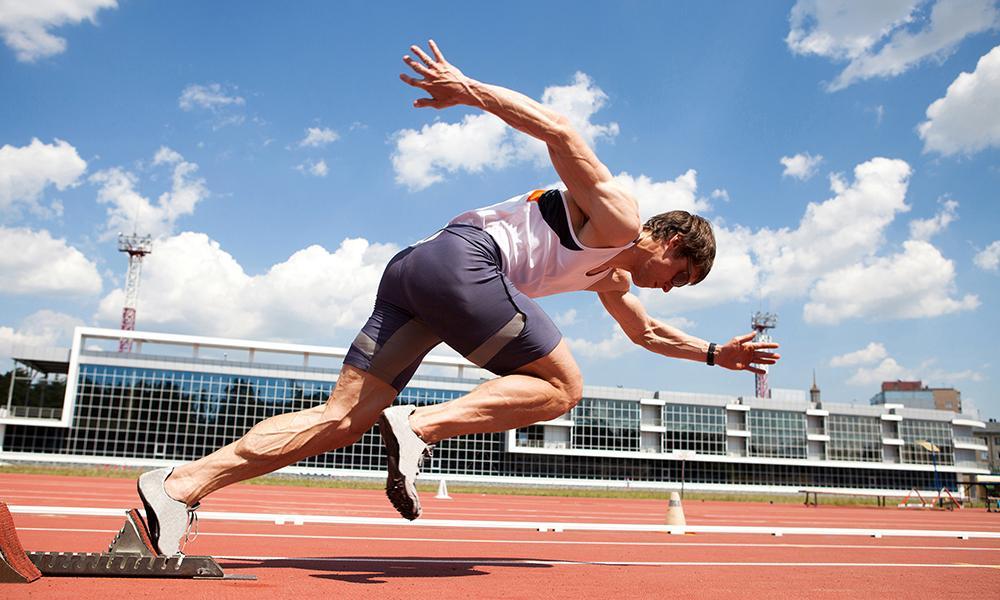 On the field, track, or in the gym, performance is everything. So, it is no surprise that virtually every athlete involved in competitive sports is looking to improve their performance in significant ways. 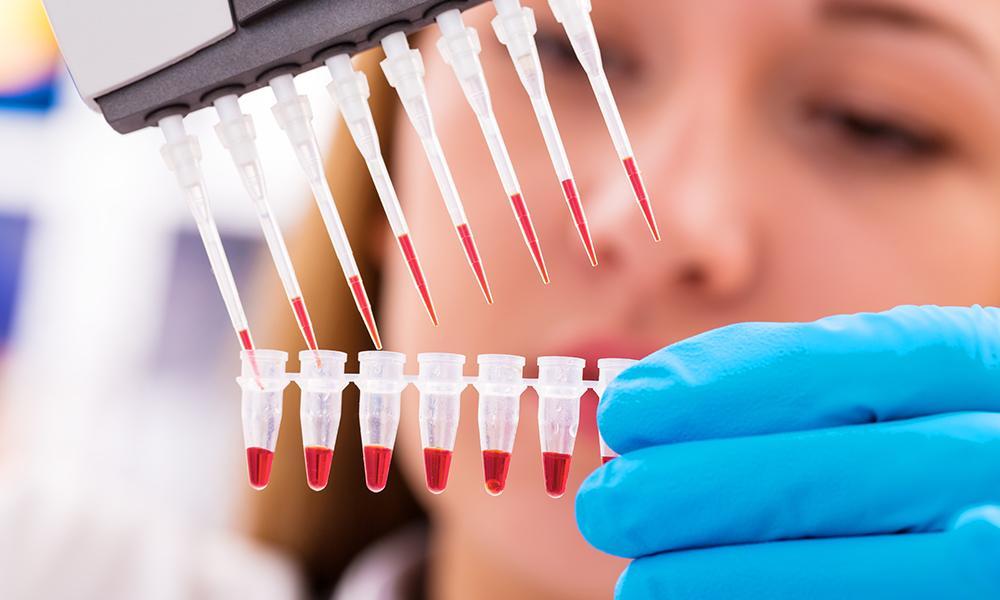 As the health benefits of regenerative medicine and stem cell therapy become more widely discussed in the public setting, we expert medical providers find that people talking about this burgeoning field of medicine isn’t the same as people understanding it